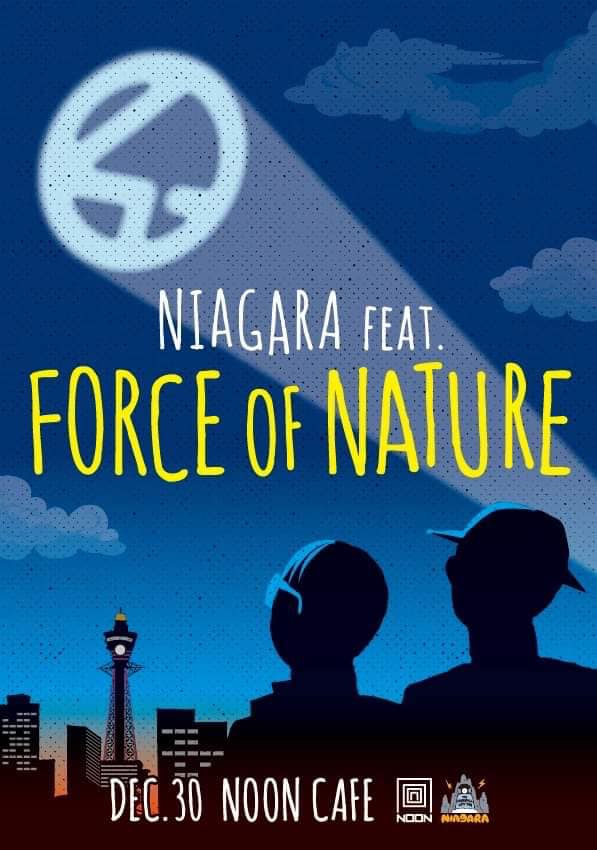 Force of Nature are KZA and DJ Kent, two long time friends that share the same musical tastes and vision. KZA is a huge vinyl junkie who has acquired an enormous record collection over the years, enabling him to have a wide variety music at his fingertips. DJ Kent, the other side, has been djing in Japan for many years now and has developed his own unique sound and musical style that makes him one of the most stimulating and respected DJ’s in the Japanese dance music scene.
https://m.facebook.com/ForceOfNatureLaboratories/

In 2006,Two party seekers,Akihiro from Osaka & Shinya from Shimane who had shared epic moments through parties and raves,started their party called “NIAGARA” as a monthly weekday party at a world-unknown legendary club “NOON”(ex.DAWN) in Osaka.

The party had kept on marking the longest nights for the club as though They were on weekdays.They never stops unless the dance floor gets empty.It was like whether they burnt themselves out or the club manager came and brutally turned the power off ,saying”It’s bloody over,Get the fxxk out ”.However The manager never dumped as He believed it was the one The city needed.

Despite lack of their career,NIAGARA soon became stood out.Not because of those notorious stories of their own,but They already had outstanding skills and tremendous knowledge of Hip Hop,New Wave,Disco,House,Techno,and Most importantly They knew how to party.

With their cheeky punk attitude,It needed no time to inspire to like-minded DJs and crowd in Osaka’s deep underground dance scene,and having spread the gospel to new generation.

Since then,They have introduced some of the most underrated internal DJs like Kei Obuchi,Watarude along with world famous DJ Duo,Force of Nature(KZA & Kent) and Chida.

For a reason of his life,Shinya had to leave Osaka and back to Shimane.
However Akihiro kept on singlehandedly.

In 2011,a natural born genius but a freak DJ TAKI a.k.a TKC joined the force.
Now His eclectically unpredictable style of set is an intense spice for the party.

In 2015 to 2017,The party has supported Justin V’s Japan tour in Osaka for 3 years in a row.During Justin’s stay in Osaka,Akihiro introduced him with a Post Punk girls band called “The Creams”.In a moment,Justin V has taken to one of their cover songs “Let’s”, which originates from Joe Moks’ Obscure Ethiopian Boogie “Boys and Girls”. The following year,He has released it (with his own edit of it on the flip side) on his label “My Rules”.

These past 6 years+ and now,NIAGARA happens on weekends a couple of times a year at the same location,beloved club NOON in Osaka.

You may want to give it a go If you are fortunate to encounter the party happening. 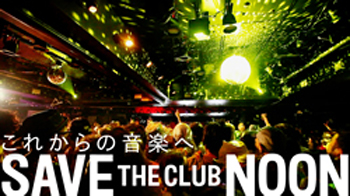